Since I shared pictures last week of our 2013 mission trip to the Dominican Republic, I thought I would share a few pictures from this year’s trip. We worked on two projects: building the cistern for the new church and working on a fence to surround the new church.

But first, some pictures. They have made so much progress since 2013!

Front of the new church.

Sanctuary area of the new church.

Job one: Digging the cistern deeper.

Preparing the trench for the fence.

Starting the walls in the cistern. All of the blocks had to be carried down into the cistern hole. The blocks were mortared together and concrete was poured into the holes in the blocks to make the wall stable. As the block walls became higher, getting in and out of the cistern became difficult, especially the first day when the walls weren’t strong enough to hold a ladder.

Taking a break and enjoying some local fruit—limoncillos.

It was such a wonderful experience to return to Jacagua. We were able to renew relationships and help them, again, on the building of the church. 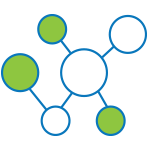